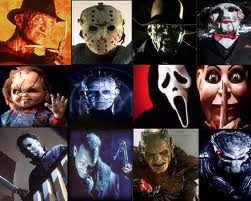 Every year, round this time, t.v. stations start playing things like “100 Scariest Movie Moments!” and “100 Scary Movies You’ve Never Seen!” and so on and so forth (and did I just totally sound old there by saying “t.v. stations”? Can you still refer to them as such?) so I thought I’d do some things along similar lines here for Halloween Month.  Hopefully, you find it fun (and if not leave me a very nice comment asking me to never ever do this again, please). I wasn’t entirely sure what to entitle this since some of these may be scary, some may be stupid and some may be just WTF? so we’re just going to go with “favorite” horror movie moments.  This is also (obviously) not a full list just my current top five.  There may be more forthcoming.  Oh and….

So if you haven’t seen a particular movie and don’t want to know what happens in a certain part, get the heck outta here now!

My first favorite horror movie moment comes from my all-time favorite Korean horror flick EVER.  A Tale of Two Sisters

is an ethereal, stunning vision based on an old Korean fairytale/folk tale full of WTF? that only Asian can bring.  It’s a quiet horror with much more going on psychologically than anything else (although there is the requisite “girl with hair in face shot”).  Every one that I have made watch this has liked it and been frightened and there’s several jumpy moments through out but my very favorite punch in the gut from this flick is when the viewer discovers that Su-yeon has been dead the ENTIRE time.  Even better, Su-yeon finds this out at the same time as us.

To some this may not be a horror movie but to me it is.  There’s lots of reasons why but I won’t go into them here, mostly because I’m doing a guest post for Tyson over at Head in a Vice on Black Swan

and that sort of thing will be throughout.  There’s a ton of favorite scenes for me in this one (and no I am NOT going with Mila and Natalie getting it on, even if it was totally hot) but my absolute favorite moment in this film is when Natalie is walking home one night from rehearsal and she passes herself.  Only it’s not herself, right?  One tiny insignificant moment but it explains so much about her character and sets us up for the visual trip that’s about to happen.

, then I highly suggest you get on that right away.  This was the first Asian movie I ever saw and it blew me away, mostly because it was crazy and even though I’ve now seen it countless times, I’m still not entirely sure what happens here.  My favorite moment from this movie is actually at the beginning.  54 schoolgirls link hands and throw themselves in front of an oncoming subway train.  THAT is how this movie begins.  Everything about the moment chills me from their smiling faces to the blood splattered other passengers who witness the whole thing.  Perfectly executed in my opinion and from there it only gets more WTF?  In fact, you can watch the entire clip below:

by Jan Svankmajer is another film that is purely subjective as to whether it’s horror or not but if you find skeleton puppets, homicidal rabbits, stop animation and lots of Freudian dismality terrifying then this absolutely counts.  The film is full of disturbing moments but for me the most disturbing moments here are when Alice becomes a doll (because dolls are CREEPY) and her time spent with the Mad Hatter.  This is one of my favorite movies of all time and Svankmajer is one of my favorite directors of all time.  You can actually watch the whole thing on Youtube for free! 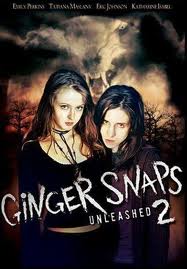 while not nearly as wonderful as the original is still a treat as it furthers the lycanthrope lore.  The sequel finds B. constantly on the run, doping up on monkshood till she finds herself in rehab where she befriends a little girl named Ghost.  An EVIL little girl named Ghost.  That kid is twisted.  And frightening.  But the best moment here is at the end when we find out just how scary little Ghost can be when after trying to (claiming to) help B the whole time, she instead turns quietly psychotic and locks B up in wolf form to be her playmate forever and ever and ever.  The monster here isn’t B as a werewolf or even the abusive drug dealer in rehab, it’s something far more sinister.