I’m not sure if this has been mentioned here before but I LOVE “Alice in Wonderland”.  I’ve read both books, I have the annotated “Alice” and I’ve seen more movie versions of this story than the average human.  Malice in Wonderland

is not one of my favorites.  While not completely horrible and actually rather fun, this version is beaten out by a Czechoslovakian version featuring dead puppets.  Just sayin’.

Starring Maggie Grace (“Lost”), this version of Alice goes to a more traditional dark place rather than the usual abstract.  Alice is in London and the movie starts with her running away (from what we’re not sure).  She gets hit by a cab whose driver agrees to drop her at the hospital after a nearby couple shout they saw him hit her (he wanted to leave her in the street, he’s in a big rush you see).  😉  Obviously, cabbie is the White Rabbit (here known as “Whitey”).  Instead of taking Alice to the hospital, he takes her to a boardwalk where he’s supposed to be picking up a “package”.  Here Alice runs into a gang of undesirables and from there she gets sucked into a seedy underworld of drugs, gangs and some version of the mafia.  Oh, and there’s a DJ that can stop time.

My super sexy DJ voice will save your life, little girl.

There are some fun moments here, like when Alice (who pops pills the entire movie) goes into a diner, takes a pill then wakes up looking like a punk rock version of Alice and ends up at the world’s most awkward tea party but there’s also a lot of boring (especially in the middle). Overall, the movie’s pretty trippy (though not as trippy as “Alice in Acidland”) but there’s lots of bits and pieces that are just a little bit off (the DJ makes more sense as the Mad Hatter rather than Chessie for example) and there’s the fact that the whole story becomes a plot device for Alice to find her long lost mother.  So yeah, this one is good for a rainy day. 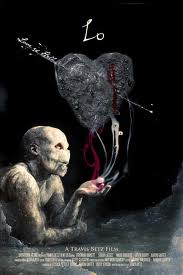 No, this isn’t the story of Lo

Bosworth.  This is much more interesting than that and there’s a lesson learned here that’s one of the most important ones to remember.  What is it, you ask?  That demons have problems too, man, and when they do, they’re going to sing and dance to work them out just like the rest of us.  Admit it, we all have those moments where things aren’t going quite right and in a fit of frustration we break into song.  Don’t lie, you know you do it too.  It’s alright, no one’s judging.

Demons and musicals aren’t an uncommon phenomenon.  Just check out “Buffy the Vampire Slayer” or “Angel” if you don’t believe me.  (And Mr. Joss Whedon, if you are by some chance reading this, I just want to mention that I think you’re bloody brilliant and if I could work for you some day, it would be quite possibly the most wonderful day of my life.  I can even just go pick up your dry cleaning or something.  Anything.  Just call me.  Okay??)  Ahem….sorry about that.  So demons and musicals aren’t as uncommon as one might think but the demons in Lo

take things a step further.  They have theatricality.  Literally.  The entire movie is staged as if the audience is merely sitting in a theatre watching a live show with certain light sequences reminiscent of the lighting in “The Cabinet of Dr. Caligari”.  Random fact that makes me geek out, is that the writer and director created this after watching Jan Svankmajer’s “Faust” (and I am a HUGE Svankmajer fan, I adore him!). Not only is there song and dance but there’s comedy (sometimes of the absurd and sometimes of the Three Stooges variety) and there’s drama, sweeping drama in the heartbreak of a young man who’s lover has been kidnapped by demons.  What you thought this one was all about the demons?  Puh-lease.

The moral of the story here is very clear.  When in doubt, when in pain, summon some demons to put on a show.  Might cheer you up or they might kill you but either way you’ll be in a better place than before!