Written and directed by Greg Francis, Poker Night promises to mix the detective and horror genres in a whole new way with a large cast of recognizable names including Ron Perlman, Giancarlo Esposito, and Beau Mirchoff. Francis’s other work is dedicated to the detective and horror genres in various tangential projects, but we’ve seemingly got a lot to expect from his newest venture into a hybrid of the two. 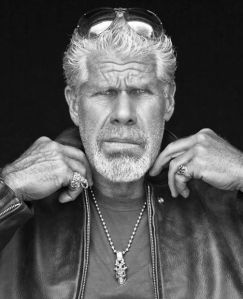 We’re all familiar with poker scenes in movies. In the good ol’ Wild West, they indefinitely ended in guns blazing and death faces with the iconic tongue-out-of-the-mouth, ultra-cheesy look. But how do you handle a poker game in which the stakes turn out to be life and death? In the case of Poker Night, the protagonist is caught up in a life-or-death situation while matching wits with a sadistic killer who’s bent on ruining the protagonist’s new occupation to settle an old score with one of the protagonist’s colleagues.

In the film, leading man Beau Mirchoff as Stan Jeter has just signed on with Indiana’s Warsaw Police. As a rite of passage into the role, Jeter joins a poker game with the highest-ranking cops around and hears about the ups and downs of their careers.

Once the game is over, things do not go well for Jeter. He gets abducted by a psychopath, who locks Jeter in a basement. Escaping proves not to be his first priority, though. It turns out that he finds his girlfriend Amy there. Using the tips he received from poker night, Jeter finds himself tasked with not only saving himself but saving Amy and taking in—or taking out—the serial killer in one fell swoop. Hard first day on the job!

Poker is a popular catalyst in films that follow the trend of a life-or-death gamble. Perhaps we can attribute this trope to the woes of gambling addiction and those Wild West killing sprees linked to the extreme stakes placed on any given game.

However, poker is hardly the only gambling-related game that stars in the movies, and bets come in all sizes. 21 featured counting cards in blackjack, The Gambler (based on a Dostoevsky novel) is really just about a guy who gambles in all games possible, and Vegas Vacation is loaded with more fallout from bets and vested interest.

Poker Night has an interesting take on those topics, in its weaving knowledge and understanding on a darker level into the inner workings of the game. It will be interesting to see if we can match card hands and physical moves by Mirchoff and the killer in the film. For example, will they play per the basics of Texas Hold’em? Or will they throw caution to the wind, so to speak, and take on something like Omaha?

It’s likely they’ll go the way of Texas Hold’em, if not only for its popularity but also for its action. Betfair’s poker site highlights the latter quality by noting here that Hold’em is “one of the simplest, most action-packed and prestigious of all the poker variants.” It’s also described as being one of the “best poker experiences available,” which leads me to believe it could make for some great cinema.  Either way, it should please both horror and poker fans alike. 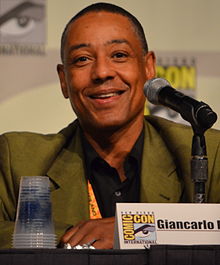 There is no secure distribution for the film just yet, so don’t expect to see it on the silver screen just yet. Yet, there seems to be hope with names like Mirchoff, Perlman, and Esposito attached. To that end, you can be sure that even if the film hits as a B-crime flick, the movie will surely be worth your time.

This is a guest post by Ron Johnson, a freelance movie writer with a special place in his heart for old Westerns along with the work of Mel Brooks. As you can probably guess, Blazing Saddles is his favorite film of all time.