We’ve already seen some clunkers at the theaters in 2016. From “London Has Fallen” to “Batman v. Superman: Dawn Of Justice,” it’s basically been an onslaught of soulless action sequels designed to fill the gap between the winter awards season and the spring and summer blockbusters. But beginning in April we’ll really start to get into the coming year in film – and there are sure to be more disasters on the way.

Keeping that in mind, here are my predictions for the five worst movies still to come in 2016.

Alice Through The Looking Glass 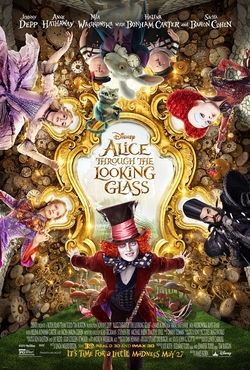 It’s amazing how infrequently Through The Looking Glass is mentioned, given the fame of Alice In Wonderland. Lewis Carroll’s sequel was as quirky and wondrous as the original, and probably deserves a similarly high place in the literary canon. That said, it probably doesn’t really need a film sequel, does it?

2010’s “Alice In Wonderland” wasn’t actually bad, but it’s been another six years, and I’m just not sure the public is ready for more Tim Burton/Johnny Depp eccentricity (though Burton is only producing this time around). The trailer looks like a combination of “The Imaginarium Of Doctor Parnassus” and a bunch of Disney ideas that were locked away in a vault (not a good combo), and the cast is a who’s who of actors who are strange for the sake of being strange: Helena Bonham Carter, Sacha Baron Cohen, Michael Sheen, Andrew Scott, Rhys Ifans, Stephen Fry…. They’re all very capable, but thrown together in a project like this they just sound annoying.

Teenage Mutant Ninja Turtles: Out Of The Shadows

Where was I when we decided we needed a sequel to the blasphemous garbage that was Jonathan Liebesman’s 2014 “Teenage Mutant Ninja Turtles CGI Festival” (not the official title). The movie got 21% on Rotten Tomatoes and prompted one reviewer to make the claim that it made Transformers movies look subtle. But hey, it made almost $500 million, so full speed ahead.

I don’t feel I have to get into this one too much, so here goes. Spoiler alert: it’s going to be horrible. 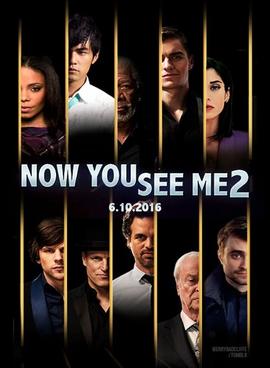 “Now You See Me” wasn’t an awful movie… it just wasn’t very clever. Billed as a sort of “Ocean’s 11”-but-with-magic, it was expected to be a mind-blowing heist thriller complete with intelligent twists and intricate plot puzzles. Instead, it was kind of just a heist movie that used only partially explained magic tricks as explanations for thievery. There was something there, but whether via poor direction, uninventive writing, or perhaps even shoddy editing, it didn’t quite come to the surface.

Maybe round two will be better. The cast, at least, has been loaded up for a major summer blockbuster. Returners Jesse Eisenberg, Dave Franco, and Mark Ruffalo are all bigger deals now than they were when the first film came out; established pros Michael Caine, Morgan Freeman, and Woody Harrelson are all back; and this time around we’ll also be treated to appearances by Daniel Radcliffe and Lizzy Caplan. The ingredients are there. But frankly, the first movie didn’t inspire much confidence, and given that sequels are usually dumber and less inventive (see: “Ocean’s 12”), it feels more likely that this movie doubles down on the shortcomings of its predecessor.

It might be about time for an alien invasion movie. This particular sort of fiction is always popular, but it’s actually been a while since a big budget movie tackled invasion. Aliens in general have remained popular subjects for entertainment of late. There was actually a little-known 2015 movie about our history of alien fascination, called “Area 51,” and Gala’s bingo platform even played into the same history with the introduction of an “Area 75” video game. It’s one of several themed bingo games to embrace fiction or pop culture, and brings up topics and imagery related to Area 51 and UFO sightings.

But a big budget, Hollywood thrill ride about a large-scale alien invasion? It really has been a while. But does our next foray into this popular topic really have to be a shameless cash grab? This is a 20-years-later sequel that’s lacking its biggest star, and while the trailer looks intriguing, I have my doubts. Continuing Independence Day without Will Smith is like if “The Force Awakens” had been made without any of the old timers on board. Sure, it would have made limitless money anyway, but would it have been nearly as interesting? This has flop written all over it. 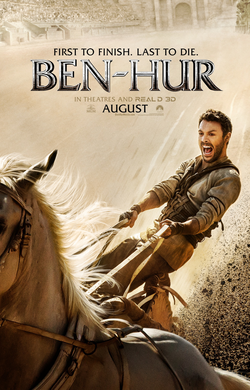 Oh, Hollywood…. We just can’t drop the sword-and-sandals epics, can we? There really hasn’t been a good one in years, let alone anything close to the impact we saw in films like “Gladiator,” “Troy,” and “300” earlier this century. However, at least the majority of failed sword-and-sandals movies simply fade away into obscurity, or drift to Netflix to be buried beneath better movies. This one might be different.

The 1959 “Ben-Hur” starring Charlton Heston has a certain iconic place in Hollywood history, and messing with it now just seems kind of careless. Not to mention it’s being remade with a relative unknown in Heston’s shoes (Jack Huston, who most recently starred in “Pride And Prejudice And Zombies”), and written by a guy who has a single film credit since penning 1994’s “In Search Of Dr. Seuss.” This really feels like a half-assed effort trying to capitalize on a famous name.

Predicting the worst films of any summer is always a difficult exercise, because there are always a few clunkers nobody sees coming. Furthermore, it’s always possible that something that looks truly awful winds up exceeding expectations! But specifically where sequels and remakes are concerned – and really, those categories make up most of the summer blockbuster season these days – these five look like pretty safe bets to elicit groans from critics.

James Morey is a freelance writer and blog contributor.

Tags: alice through the looking glass, and possibly alice, b/c we all know i'm obsessed lol, ben hur, do they insist on doing this?, guest bloggers, haha, horrible remakes, independence day 2, james morey, now you see me 2, okay tbh i'm excited to see now you see me 2, terrible sequels, tmnt, why oh why