← Lord of Tears
Starting From Scratch → 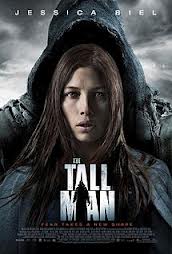 So my friend, Gory, came over last night to hang and my roomie decided to hang with us because she’s been sick for a few days and was feeling like shite and he & I were gonna watch movies.  We go through my Netflix queue (which you know mostly consists of “sin, deviance, schoolgirls, zombies, T&A!, sinful dwarves” and so on and so forth) but came across this (they both breathed a sigh of relief at the normality of it) and I finally, finally watched The Tall Man

.  I think the majority of you all have seen this – I remember reading a whole bunch of blogs last year about it but you know me, always late to the game and never doing what the cool kids are doing.  😉  So now I give you my thoughts on The Tall Man

FUCK YOU, TALL MAN, FUCK YOU. 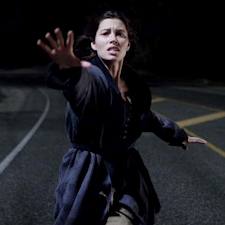 Look, I have nothing, absolutely NOTHING against Jessica Biel.  I think she’s  pretty super hot and once upon a time I was totally interested in how her career would turn out.  Unfortunately, this is the first thing I’ve seen her in, in AGES (and if she’s done a whole bunch of indie movies that I’m unaware of, please let me know so I can watch them and wash the bad taste of THIS out of my mouth!), and this movie does her absolutely no favors because it’s basically one expression through out.  Jessica Biel looks tortured, cries, look tortured again, cries and so on and so forth (okay, I suppose that could count for TWO expressions…).  Dear Mrs. Timberlake, you had a somewhat promising career once – if you want to be known ever again as anything other than Justin Timberlake’s wife, please don’t do movies like this.  Please do movies where you show a range of emotion, movies that are GOOD.  Love, Me.

Even with that whole Silent Hill travesty in my past, Misty still thinks I’m pretty cool.

And this chick was in it and I dig her, even if she was in Silent Hill (another movie I do not love).  And Ellen from Supernatural is featured here as well.  The cast is good.  That’s what makes the whole thing sadder.  😦

See the thing that made me so cranky was that:

1) I recall this being marketed as a horror movie.  This is NOT a horror movie.  It’s also not a thriller (oh it tries to fake you out by being a thriller for the first 30 minutes or so but it’s NOT).  It’s a drama.  In fact, I think my exact words when this was over were – “This is a movie someone made because they wanted to make a commentary on children’s places in society but they didn’t want to go the Christian drama route.”  (Please note, I have nothing against Christianity or religion or anything like that when I say “Christian drama”, I’m referencing those movies like Fireproof and anything Kirk Cameron’s in.  You know what I’m talking bout, right?)

2)  I am all for suspension of disbelief but this movie asks me to push those boundaries WAYYYYY too far.  Yes, even further than say believing there’s a sinful dwarf who along with his mother is kidnapping women and sexing them up.  I can believe/disbelieve that.  But this??  And I can’t say what I’m talking about in case you haven’t seen it because that would equal *SPOILERS* but if you have seen it you know what I’m talking bout right?  “Hi, meet my adopted kid!  Where did I adopt him from?  Shut up, don’t ask questions.”  WTF, movie, WTF??  That is one of the most ridiculous things I have seen in ages and I make it a habit to watch ridiculous things.

He’s not in this movie, obviously he is in Phantasm but this image keeps popping up and it’s cool!

So yeah.  I hate this movie.  I think it was terribly mis-marketed and completely beyond the realms of reality.  So what do you guys think?  Am I overreacting?  Should I just chalk it up to a case of me being tired and having a really bad headache when I watched?  Or did you all think it was as bad and anger inducing as I did?

Posted on 2013.2.March, in American Cinema, Canadian Horror and tagged ellen from supernatural, fuck you movie, i hate you movie, jessica biel, movies that make no sense, the tall man. Bookmark the permalink. 38 Comments.

← Lord of Tears
Starting From Scratch →