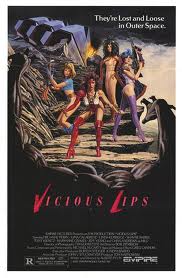 Well, we’ve got E over at theipc to thank for this entry into The First Five.  😉  I haven’t done one of these in quite awhile and honestly I didn’t mean to do one now but my gods was this atrocious!!  Okay, not entirely E’s fault as he didn’t know – he just wanted me to a guest post over on his site and found this streaming on Netflix and suggested it and since it was already in my queue I ran with it.  Now I feel compelled to warn the world – AVOID.  Just AVOID at ALL costs.  And just forgive any cursing that may happen from this point forward, please? Geez Louise….

WHAT THE FUCK, VICIOUS LIPS??  WHAT THE FUCK??  Okay, gotta be honest here – this is really the first 22 minutes.  That’s the point where I gave in and emailed E and told him what was going on and he started yelling, “Abort! Abort!” and then there was this whole bit of mass confusion and well…yeah…I honestly don’t have a clue what this is supposed to be about other than a rock band in space.  I think. 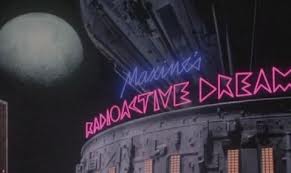 Basically all I got from what I watched was this:

AND…that’s as far as I could go.  Just please, for your own health & safety, avoid whatever the hell this movie is attempting to be.  Seriously.  You’ll thank me.